Birth: the most challenging, intense and beautiful journey 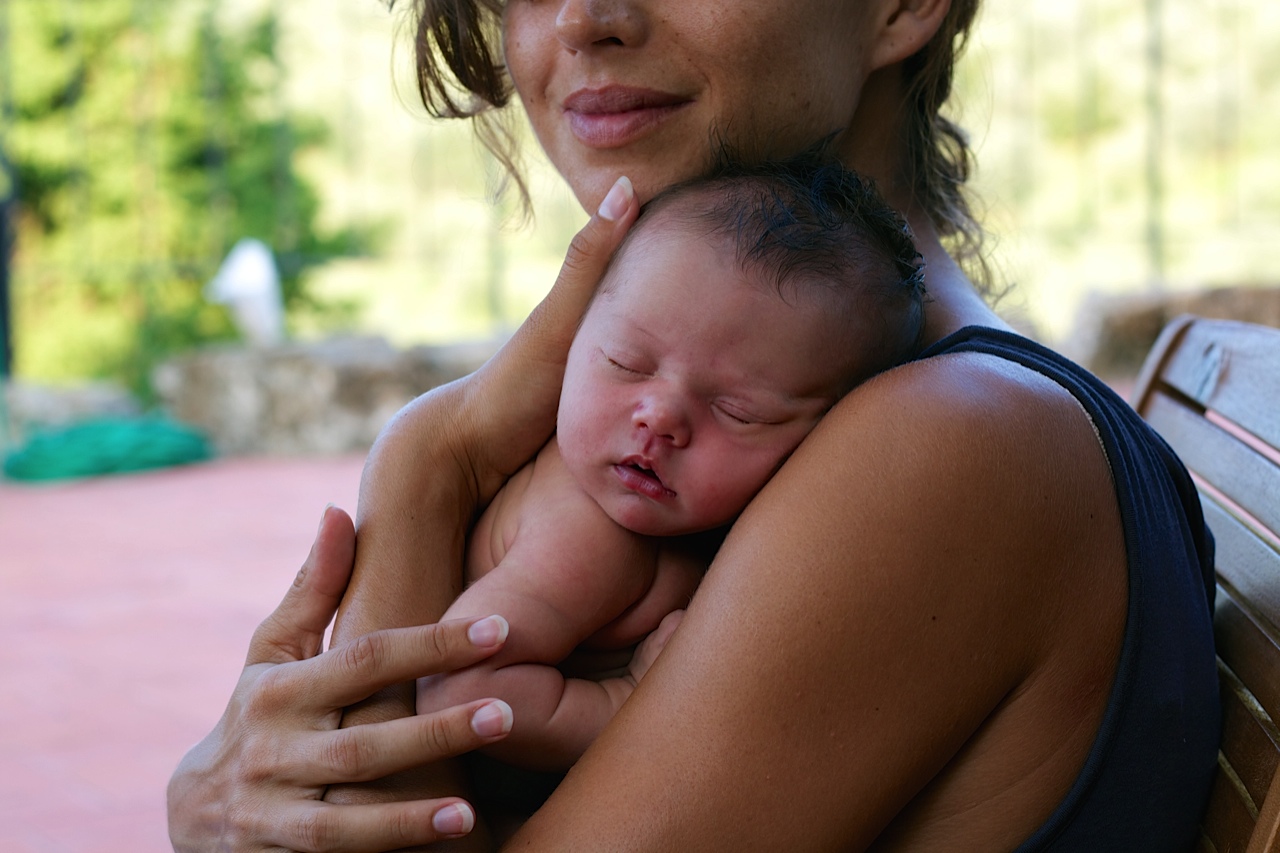 On July 28th, 2014, I had the great gift of welcoming my daughter, Sofia Eva, into this world, via water, and through the love and support of a team of conscious and supportive midwives and doctors. My dream was made manifest, namely because I had a healthy and strong baby girl, but also because her transition into “life” was one without medical intervention or manipulation. Sofia was born according to her own natural rhythm, partnered with mine, and I can only assume that her alterness, her strength, her happy demeanour, are all due in some part to her natural birth experience.
My husband, an Italian, and myself, an American, were intent on having a natural birth from the moment we learned we were pregnant. We were aware that an open mind and some flexibility around this desire was necessary, but we committed our thoughts and our energy to the idea. A few months into our pregnancy we were blessed in meeting Giovanna Oscari who was, at the time, leading a birthing class for more “naturally” minded parents-to-be. We adored her from the start and soon thereafter hired her to be our personal midwife.
My labor begin on the night of July 27th, 2014 and as I had had no contractions up until that point, the sensations were all new to me and even in early labor, rather intense. Once I understood that labor was established, we called Giovanna and she came up to the house. She encouraged us to rest and gave us the privacy we needed to embrace what was eventually going to be a long night. As the contractions began to intensify, Giovanna lent her rich experience and help facilitate my body into opening. I can quite honestly say, I was never afraid, despite the intensity of the experience. Perhaps it was my own knowing, perhaps it was the wisdom and support I was receiving. I imagine it was a combination of the two.
As my body got closer to birthing, we transitioned to the hospital (a huge challenge for me as I was so uncomfortable labouring in the car). At the hospital, we were blessed with having our doctor on staff and two midwives who were supportive of my natural birth experience. Giovanna’s role shifted slightly and she became in many respects, more of my advocate. She made sure I was not given any unnecessary medications or treatments while also granting respect to those on staff. She was the perfect diplomat and endeared herself to both the doctor and midwives.
As Sofia moved down the birth canal, I could feel my body preparing for the transition. Per my desire, I was in a hot birthing tub which helped alleviate some of the labor pain and gave me the mobility I was craving. I had mentally entered a different state and was no longer really speaking. I also realised that I preferred to have my eyes closed. Giovanna helped guide my breath through sound and I found that the lower, more guttural sound gestures helped the most. I felt animalistic but in a very empowering way. My mind kept skipping between visions and sounds and even historic periods. It is hard to explain, but I was definitely on a different level, allowing the “labour” to wash though me. It was pretty phenomenal, almost transcendent. It was so personal, yet at the same time, unifying.
Finally, Sofia started to crown and Giovanna recommended that I feel the baby’s head. I couldn’t believe it when I did. She was there! The next big push I exerted the most force I’ve ever managed and her head emerged. She was underwater but her eyes were open and she looked at us with the most aware and awe-inspiring gaze. It was the most amazing moment of my life – my baby, still inside, but looking at me through water, through grace – a miracle in action.
The doctor allowed the baby to stay under water until the next push and at this point, it was Sofia doing the work. She manipulated her body out of the canal utilising the force of the contraction and was born at 3.48pm, in water. The first arms to receive her were her father’s and the first lips to caress her were mine. We had our dream birth experience – the most challenging, intense and beautiful journey of my life.

One thought on “Birth: the most challenging, intense and beautiful journey”